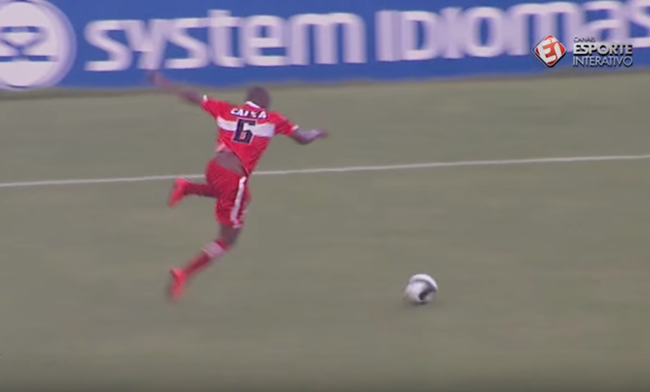 There’s a fair old chance you missed the recent Campeonato Alagoano match between Brazilian adversaries CSA and CRB, but the game was rendered notable thanks to one suitably befuddling passage of play.

As CRB midfielder Diego Pereira Correa advanced up-field, his progress was suddenly and dramatically halted when he appeared to steam headlong into an invisible item of furniture than had been left in the middle of the pitch.

With absolutely nobody in the immediate vicinity, Correa was catapulted arse over heels. Thankfully, the commentator on duty for Esportivo Interativo took pity…

Seriously, it certainly looked like Correa may well have done him a mischief in the act of momentarily forgetting how to sprint. That knee looked awkwardly and painfully locked as he planted his foot in the turf.

Fingers crossed he’s come out of it with only pride-based injuries to nurse.