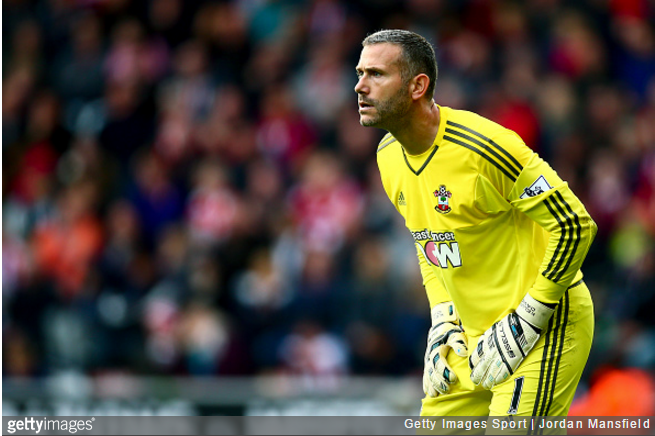 After racking up 10 years down on the south coast, Southampton gave veteran goalkeeper Kelvin Davis his testimonial last night.

Super Kev, who retired at the end of the season, was part of the ‘Promotion XI’ that took on a side made up of current Saints players at St Mary’s.

However, the 39-year-old stopper saw his team pipped in the very last minute of the game when he was foiled by his own flesh and blood.

Sure enough, Davis’ 11-year-old son Sonnie pinched a 5-4 victory for the Saints XI by cracking an unstoppable penalty past his old man…

Sonnie beats his dad Kelvin from the spot! #SKD10 https://t.co/fnuiGjlhm4