The pre-match entertainment for Saturday’s FA Cup final was a dog’s dinner of disorganisation, with singer Karen Harding missing her cue for the national anthem and Tinie Tempah delaying the kick-off after appearing late for his sub-Superbowl turn. 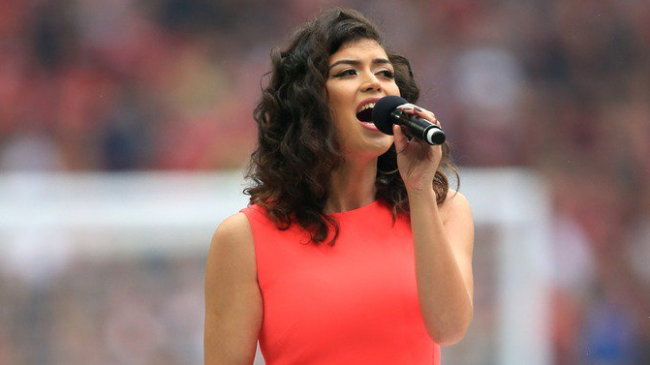 No doubt X-Factor star Harding had rehearsed her big moment a number of time, however, when it came to the crunch, for some reason she was left with egg on her face, smiling awkwardly as the national anthem plodded on.

Even Jeremy Corbyn sings the National Anthem better than this pic.twitter.com/7rIIv4Xju3

After the debacle, an embarrassed Harding took to Twitter to express her frustration…

OMG. Biggest audience of my life and I get technical difficulties! Argh so sorry Guys!!! Xx

Mortified!! I don’t know what happened. :(

Prior to Harding’s misfiring performance, Tinie Tempah had left everyone waiting before rushing into the pitch on his mobile phone, with his subsequent glitzy performance leaving many fans pining for a simply ‘Abide With Me’ rather than a poor man’s Superbowl show.

The times they are a changin’!