When it’s done right, the classic ‘Panenka’ penalty is a thing of impudent beauty. However, during the Lithuanian Football Federation Cup clash between Silute and Silas, one player got the classic penalty all kinds of wrong. 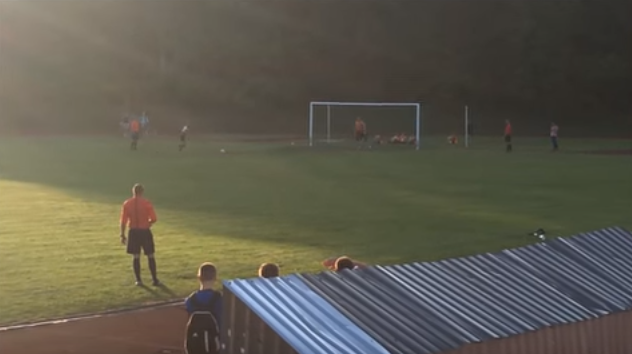 With the scores at 0-0 after extra-time, the two sides played out a penalty shoot-out, with Silas player Gytis Siugzda’s attempted ‘Panenka’ surely one of the most appalling spot-kicks ever caught on (rather poor quality) video…

The dog’s dinner of a penalty saw the ball barely travel five yards, although it did amuse those at the game, including the officials. While the goalkeeper’s faux diving save was impressive.

To add insult to injury, Siugzda’s horror miss contributed to his side’s 4-3 shoot-out defeat to Silute.