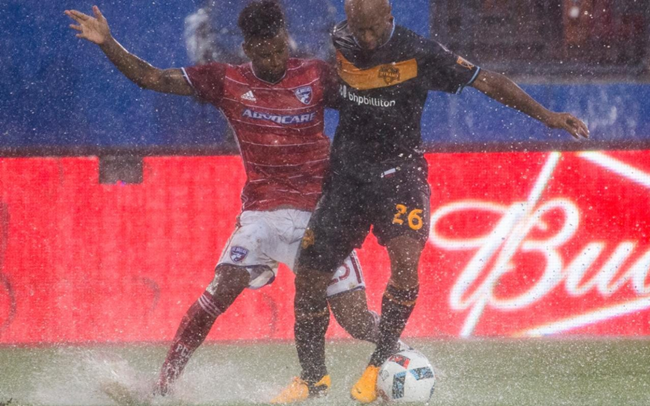 Last night’s big Texas derby between FC Dallas and Houston Dynamo lasted a mere matter of minutes before the referee decided to suspend the tie.

This was due to the fact that, despite the pitch obviously being fine during the pre-match inspection, unrelenting sheets of monsoon rain descended upon the Toyota Stadium in Frisco within the first four minutes of the game – rendering the playing surface somewhat damper than is strictly standard.

Indeed, playing in it looked about as much fun as you’d imagine…

One more from #FCDvHOU – they’ve since called it after just 4′ of play… pic.twitter.com/PlxTg6TsSQ

Amazingly enough, the match did eventually dry up enough to go the full 90 minutes, with the two sodden sides thrashing (or splashing) out a 1-1 draw amid the swamp.