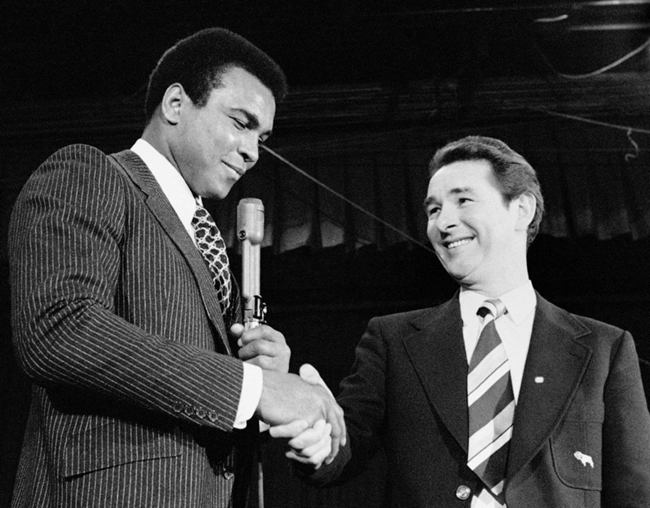 Given last night’s truly miserable news, it’s only fitting that we pay tribute to Muhammad Ali by once again revisiting one of the great man’s only dalliances with the world of football.

It of course came on The Big Match back in the early 1970s, when Brian Moore oversaw a verbal sparring session between Ali and “some soccer player” from London, Brian Clough.

After being sounded out by the boxing legend on live television for being too mouthy, Clough finally got to meet Ali in New York in 1974 – a moment you can see unfolding in the photo above.

Alas, the promised bout between the two never materialised.