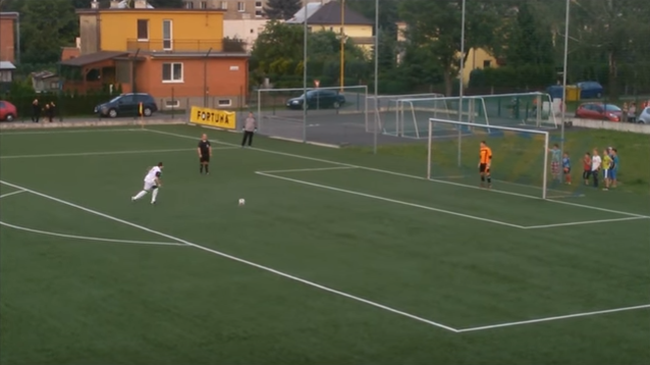 A marathon match played out in the Czech amateur leagues has set a new world record after the penalty shoot-out finale took a whopping 52 spot-kicks for a winner to emerge.

The game in question was SK Batov’s recent win over FC Frystak in the fifth tier of the Czech pyramid, which the home side just about managed to win 21-20 on penalties after extra-time came to an end with the score locked at 3-3.

According to Czech newspaper DNES, relieved spectators could be heard shouting “at last!” when Frystak midfielder Jan Hrebacka sent his effort over the crossbar to settle the shoot-out in the 26th round of kicks.

DNES also quote Frystak club chairman Vratislav Rudolf as saying he was desperate to leave by the end of the ordeal as he “had a family barbecue at home”.

Incredibly, it looks like the Batov-Frystak mega shoot-out won’t officially make it into the Guinness Book of World Records as the match wasn’t professional.

The current record was set back in 2005, when it took 48 penalties for KK Palace to finally see off Civics in the Namibian Cup final.