With a new crew cut (which looked like the beginnings of a hair transplant), West Ham boss Slaven Bilic enjoyed his ITV Euro 2016 punditry debut, watching on as his playmaker Dimitri Payet lit up the Stade de France. However, the Croatian manager may need to work on his bad language. 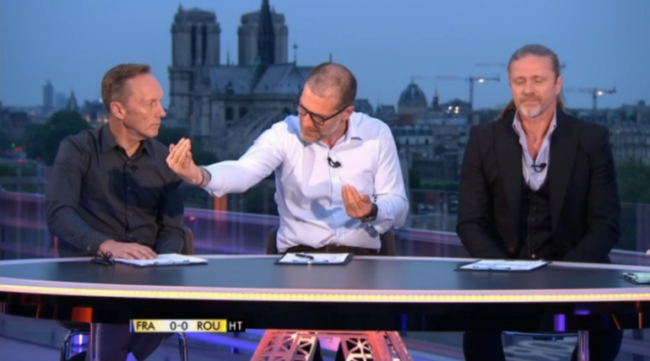 Discussing the first-half of the game with the ITV panel, Bilic let out a cheeky “f*** me”, which host Mark Pougatch casually laughed off…

Swearing Slaven Bilic forgets he’s on live television and not down the pub with his mates.
😳😳😳 pic.twitter.com/jfALhWrmiW

Expect a slapped wrist for Mr. Bilic before his next appearance!