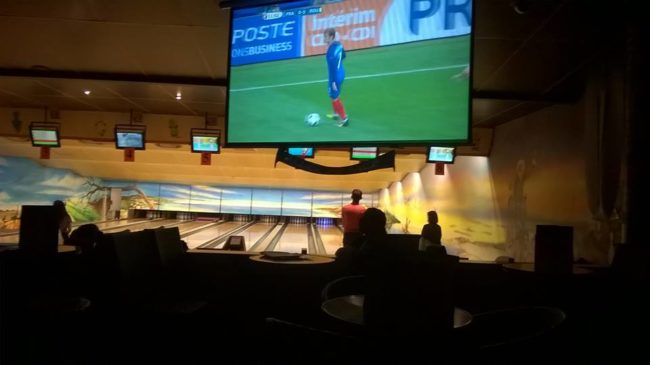 Look Ma, dreams really do come true after all!

Bonjour et bienvenue to Pies’ first official dispatch from Euro 2016. Just 14 short hours in the back of a Ford Focus and here we are in the Sud de France. This must be what the big time feels like.

Having finally realised a lifelong dream of watching the opening match of a major international tournament in a bowling alley on a small industrial estate in the foothills of the Alps, we were finally able to take in a bit of proper action on Saturday.

Having just about managed to tactically avoid the inevitable trouble on the long walk down to Prado beach, we spent the evening dodging the debris in the (impressively well-marshalled) Marseille fan park while England stole parity from the gaping maw of victory against Russia up on the big screen.

However, the game offered up what it almost certain to become the defining image of Euro 2016 as the small battalion of match officials made an absolute pig’s ear of their pre-kick-off, six-way fist-bump.

As you might imagine, the whole thing was a logistical nightmare from start to finish…

Supreme. It almost made having to sleep on a bench in the city centre for several hours while waiting for the Metro to open again completely worth it. Almost. On your lonesome in a children’s play park at 4:30am is a fairly forlorn place to find yourself.

For a large city hosting a major continental football tournament, Marseille could definitely use a few more public transport options and/or taxis that operate after 11pm. Just saying.