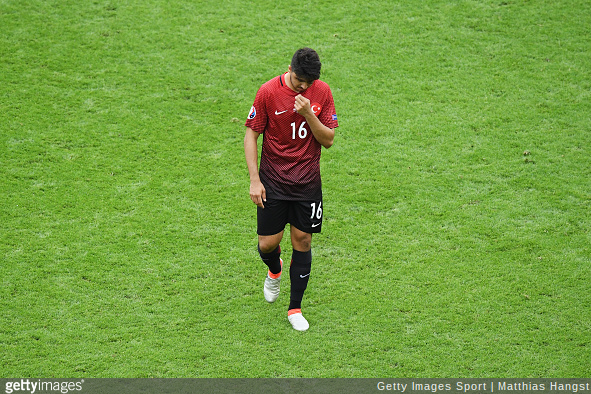 An absolute peach of a volley from Luka Modric was enough to snaffle a victory for Croatia in their Euro 2016 opener against Turkey.

However, at least one Turkish television pundit worked himself up into something of a lather after spotting Ozan Tufan’s half-arsed attempt at closing Modric down on the edge of the area.

In fact, it looked very much like Tufan was more interested in maintaining his perfectly parted coif than making a block of any kind…

Turkish TV not pleased with Ozan Turfan for his role in Modric’s goal 😂 https://t.co/8OiYyl8RZ9

We can only assume it took a matter of nanoseconds for Fatih Terim to tear a strip off Tufan at half-time.