A magnificent performance from the Republic of Ireland against Italy on Wednesday night saw the Boys in Green book their place in the last 16, courtesy of a creditable four points from a nightmare Group E.

With Italy already through, manager Antonio Conte made eight changes to his starting line-up, but the Irish still produced a superb, forward-thinking display which deserved the win. Sub Wes Hoolahan had already missed a gilt-edged chance at the death before the Norwich schemer produced the perfect ball into the box for Robbie Brady to head home.

Not surprisingly, the Irish celebrations at the final whistle where immense, with assistant boss Roy Keane getting unusually emotional. 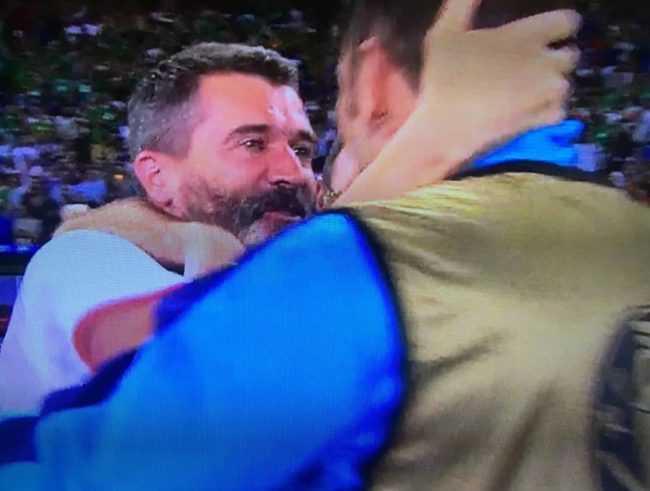 However, earlier in the game Keane did produce a more trademark (and threatening) response when questioning the fourth official over what should have been a penalty after James McLean was felled in the box…

The Irish now face hosts France in the last 16, with a chance to get revenge that infamous Thierry Henry handball. What’ll Keano do if the Irish win that!?