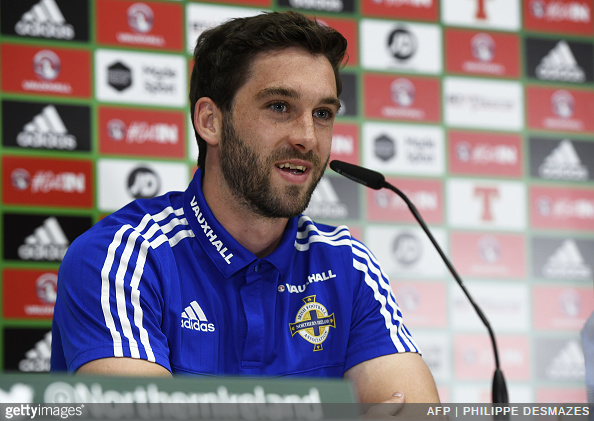 The positive power of having a name that fits succinctly into a song was on full display in Belfast yesterday evening as thousands of fans gathered to welcome the Northern Ireland entourage back from Euro 2016.

Having gone out to Wales in the last 16, the Northern Ireland boys received a rare old reception on stage in the Titanic Quarter, though none more so than a man whose name has become synonymous with the tournament without him having to play a single minute of football out in France.

Ladies and gentlemen, William Grigg is on fire… again.