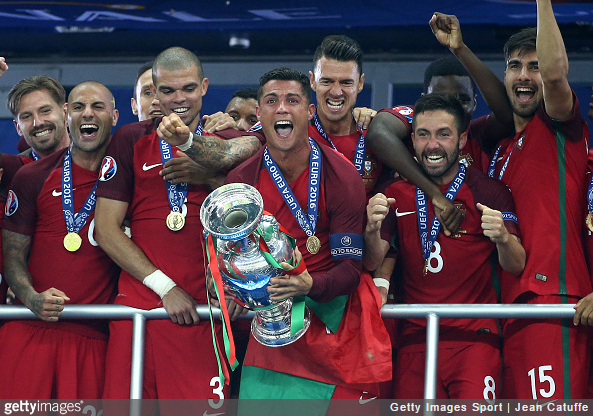 Watching Cristiano Ronaldo and Portugal lift the European Championship trophy in Paris last night proved too much for one particular France fan, who struggled valiantly but ultimately failed to stave off the waterworks while watching on in the Fan Zone.

However, as the France supporter blubbed away in his own little private bubble of pain, it was quickly pricked by the actions of a young Portuguese samiratan, who wandered over to the bloke and extended a consolatory hand of friendship.

A little flicker of light amid the darkness. Football is ace sometimes.