While the dust settles on Sunday night’s surprise Euro 2016 final victory for Portugal, this clip of ex-South African international Benni McCarthy is well worth a watch. 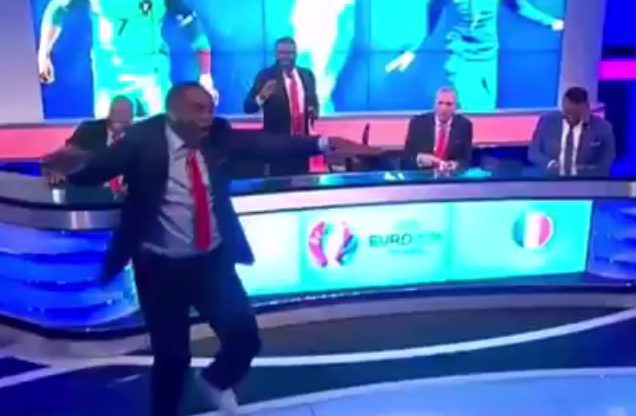 Working as a pundit on South African television, the former Porto star had tipped the Portugueseat the start of the tournament to go all the way. So when Eder fired home that late winner, the 38 year-old went suitably mad…

It’s just a shame McCarthy’s fellow pundit John Barnes didn’t join in, or at least break out a bit of the Anfield Rap.