Senegalese striker Demba Ba has suffered an horrific leg break whilst playing for Shangai Shenhua in the Chinese Super League on Sunday.

The former West Ham, Newcastle and Chelsea striker was playing against Shanghai SIPG when he collapsed after a tackle, with his leg bucking horribly underneath him.

Watch with extreme caution as it’s a very gruesome incident…

How has Demba Ba’s leg snapped from that little kick ? Or am I missing something.. pic.twitter.com/ydcNvL5QWh

After the game, Shenhua’s coach Gregorio Manzano said: “It could end his professional career.” 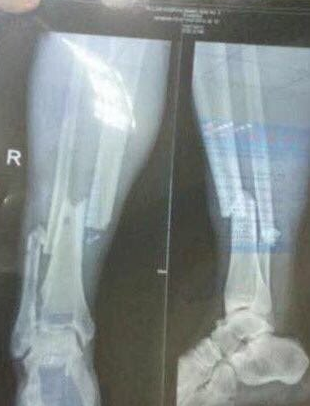 Let’s hope the 31-year-old Ba can come back from this dreadful injury as soon as possible.