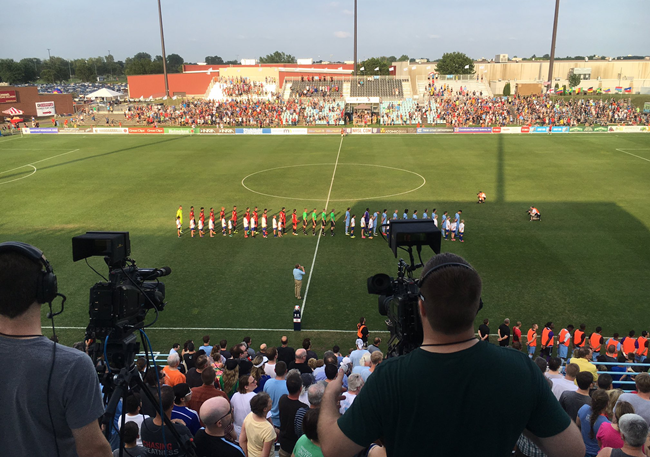 Bournemouth took on Minnesota United on Wednesday evening in the final game of the stateside leg of their pre-season tour, eventually sauntering their way to a comfortable 4-0 win over their NASL opponents.

The Cherries were helped on their way by a truly calamitous own-goal from Minnesota ‘keeper Sammy Ndjock, a former Cameroon international no less.

Having collected the ball in his own area, Ndjock took his time, assessed his options and proceeded to bowl the ball directly backwards into his own net to put the Premier League side 2-0 up with less than half and hour gone…

26: An awkward moment for goalkeeper Ndjock as he goes to throw the ball out, but throws it into his own net! #afcb now lead 2-0! #MNUvBOU

We’re all for giving lower-league players as much leeway as possible here on Pies, but there can be no two ways about it – that was just crap!