France’s U19 Women’s side were crowned European Champions after a 2-1 win against Spain in Slovakia. The game took an incredible four hours to complete after a long delay due to a thunderstorm, and the miserable weather definitely played a part in an incredible miss from the Spanish at the death. 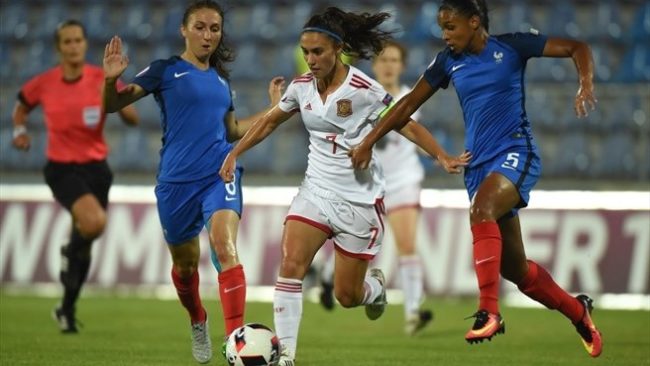 The French were 2-1 up, courtesy of goals from Grace Geyoro and Marie-Antoinette Katoto, when the Spanish had a gilt-edged chance to equalise in injury-time. With the goal gaping after the French ‘keeper parried a shot, Nahikari Garcíaat had the goal at her mercy.

However,  the Spanish captain, who had seen her spot-kick saved earlier on, somehow blasted over…

To be fair to Garcíaat, she did almost lose her footing on the water-logged pitch. But still!!