A clash between the USA and Bahrain in the COTIF under-19 tournament in Spain produced a rather juicy mass brawl, after a Bahrain player lashed the ball at the head of an injured American. 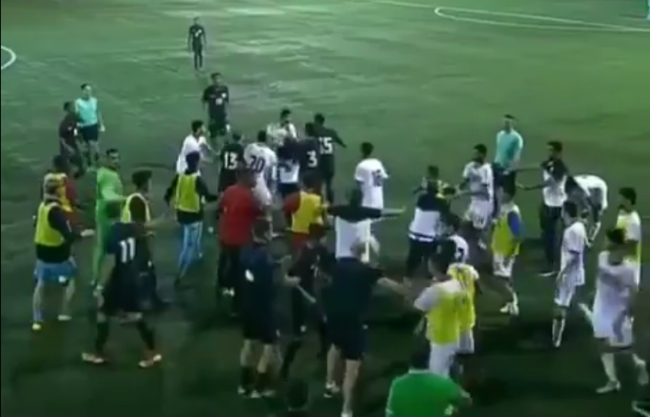 The incident happened after the USA’s Pierre Da Silva was brought down half-way inside his own half. As the player lay on the ground, a Bahrain player fired the ball into Da Silva’s head, a move which infuriated the Americans and set off a mass brawl…

USA and Bahrain U19 national soccer teams get into a violent brawl at the end of their match. #USSoccer pic.twitter.com/vPMJLVSnYs

Four players saw red after the crazy scenes and both teams can now expect a fair amount of disciplinary action to be handed out after the dramatic melee!

As for the game itself, Bahrain won 3-1 as the USA, coached by Brad Friedel, exited the competition after failing to make it out of the group stage.