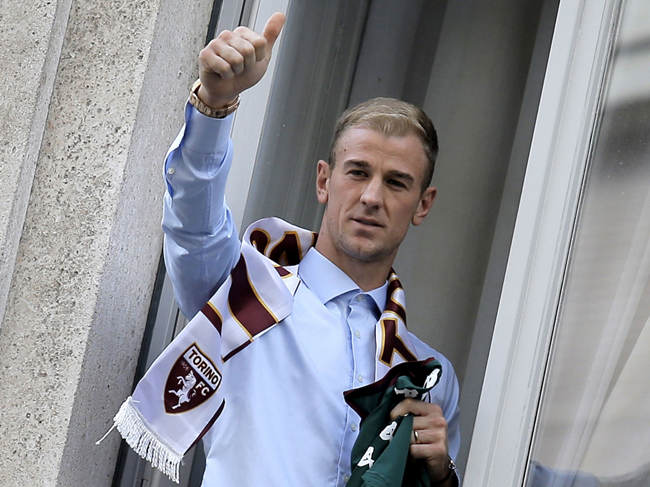 An official announcement is yet to be made, but it would appear that Joe Hart’s slightly off-kilter move to Torino is now all but finalised.

Having escaped Pep Guardiola’s evil tyranny at Man City, Hart was filmed and photographed showing off his new club colours on a balcony in Turin, dangling his brand new jersey over the railings for all to see…

Man, that’s going to take some getting used to.