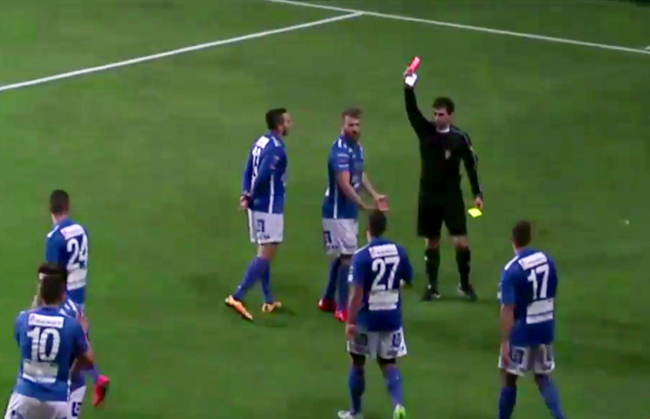 Having only ever managed one league goal for the club up to the point, you could perhaps forgive Norrby IF defender Mehmet Dresevic for getting a little carried away with himself when he ended up scoring thrice in one game at the weekend.

Norrby spanked fellow Swedish third-tier outfit Tvaaker 6-1 on the day, with Dresevic completing his unlikely hat-trick in the 83rd minute.

Overcome by his own genius, the 24-year-old centre-back charged over into the terraces, pulled up a pew and gave himself a hearty round of applause – the only minor issue being that he was already on a yellow card…

Three goals and an early shower? Hell of a shift.