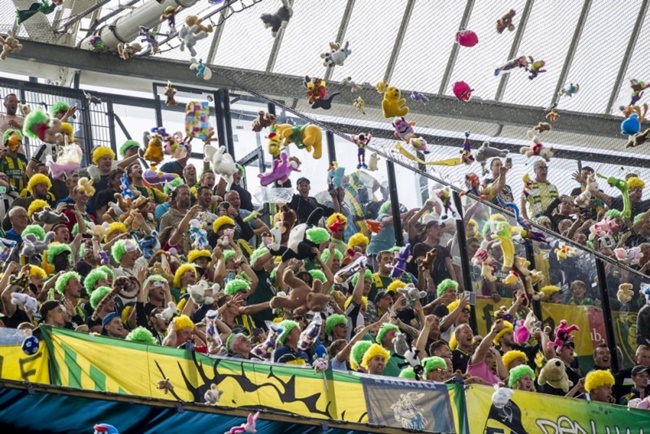 As requested before the game, ADO Den Haag fans subjected their Feyenoord counterparts to an onslaught of cuddly toys when the two sides met in the Eredivisie over the weekend.

The bombardment was all in the name of charity, with the Feyenoord fans in question being kids from the local Sophia Children’s Hospital in Rotterdam, who collected the toys and took them back to the wards with them.

With 12 minutes on the clock, the “donation” began…

Feyenoord went on to win 3-1 with Dirk Kuyt opening the scoring for the home side – his 22nd goal in 37 Eredivisie games since returning.

Of course, the 36-year-old striker went and celebrated with his very own version of ‘The Dab’, thus killing it stone dead…

Somebody better ring Paul Pogba and tell him that his favourite fad is officially over #DeathbyDirk.