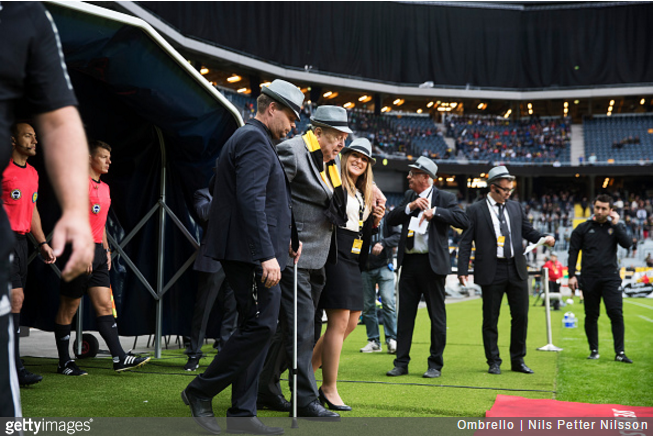 Over in the Swedish top tier, AIK subbed out their usual child mascots for Sunday’s game against Gefle IK and instead had their players accompanied out onto the pitch by a group of the club’s most elderly fans.

The AIK team was led out by 86-year-old former FIFA president Lennart Johansson, with several other of the club’s oldest living members then escorting the players out onto the pitch at the Friends Arena in Stockholm.

The stunt was part of an ongoing fan-led campaign by AIK to reengage with their “lost generation” of senior supporters.

For the record, AIK went on to win the game 1-0 with the deciding goal scored by Eero Markkanen, perhaps fittingly, in the 81st minute.