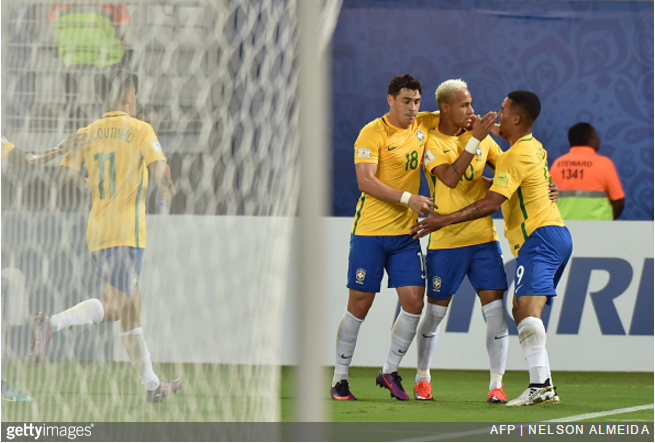 Neymar may have officially moved past Zico and into fourth place on Brazil’s all-time top scorer list with his goal against Bolivia but the nippy striker didn’t have it all his own way on the night.

Indeed, an attempted piece of trickery out on the flank left Neymar covered in his own claret after a stray elbow from Bolivian winger Yasmani Duk opened up the Barcelona man’s eyebrow.

While the injury itself was little more than a nick, the ensuing blood left Neymar looking like an extra from Saving Private Ryan as he lay dazed on the turf.

With Brazil already 4-0 up at the time, Neymar was immediately replaced by Willian to allow the medical team to patch him up properly…

In case you were wondering, no foul was given.