The Republic of Ireland registered a 3-1 win away to Moldova on Sunday night, a precious victory inspired by Norwich City playmaker Wes Hoolahan. 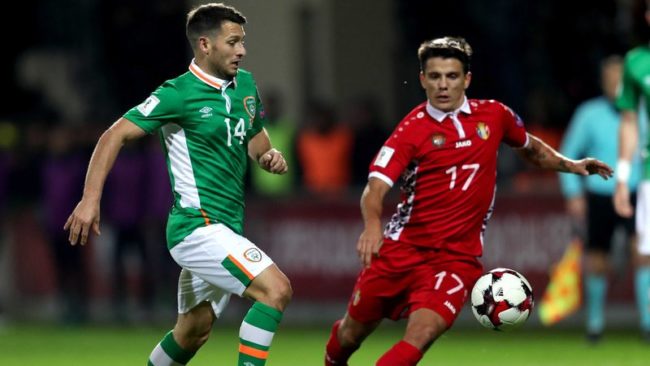 On a night that saw Wales only draw at home to Georgia and Austria lose in Belgrade, Ireland’s victory puts them level on points with Group D leaders Serbia.

Architect of the win was the 35-year-old Hoolahan, with his assist for Shane Long’s opening goal on two minutes a thing of measured beauty…

However, despite bossing the first-half, Martin O’Neill’s men found themselves on the wrong end of a sucker punch just before the break, when Igor Bugaev fired home after a quick break.

In the second-half, the Boys In Green would get themselves back in front on 69, via West Brom’s James McClean, with the winger netting a second soon after to seal the deal for the visitors.

The win puts the Irish in a good position ahead of the next international break, with Hoolahan once again showing what a gifted player he is. If only he was younger!