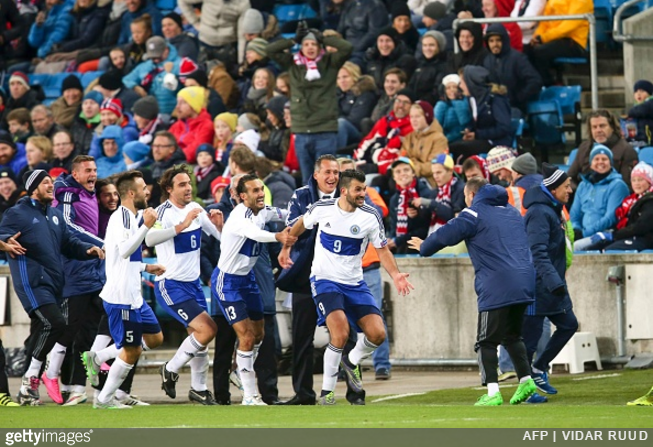 Before tonight, you’d have to skip back to 2001 for the last time perennial midgets San Marino managed to score a goal on their travels.

However, their long, long wait for an away strike came to an end against Norway when Mattia Stefanelli cracked home an equaliser in the 54th minute…

Indeed, the sight of their boys being pegged back by the side that have scored just three goals total since 2008 was too much to bear for these Norwegian television pundits to bear.

In fact, the despair was so harrowing that the producers saw fit to turn the lights off…

Despite San Marino coming within half-an-hour of pulling off a famous result, Norway rallied in the latter stages and eventually ran out 4-1 winners.

Still, it was definitely touch and go for a moment there!