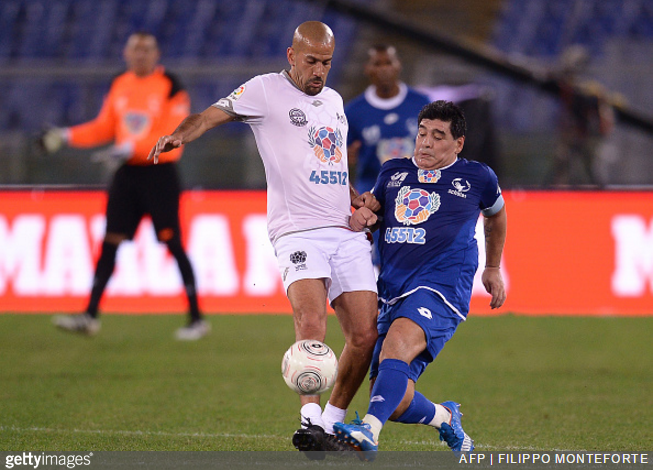 The great and good of the football world turned out in Rome last night to play their respective parts in a charity football match organised by The Pope.

Unfortunately, it would appear that Diego Maradona and Juan Sebastian Veron didn’t get the memo vis-a-vis the whole ‘Match for Peace’ concept, with the Argentinian pair bringing the first half to a close with a good old fashioned slanging match.

According to Eurosport, lip-readers have ascertained that Maradona shouted “I don’t f**k you about, I tell you straight to your face, idiot” at one point during the mini-row.

It more than likely harks back to the time that Maradona blamed Veron for “betraying him” after serving as part of the AFA committee that effectively sacked him as Argentina coach after the 2014 World Cup.

Match for Peace, you say?