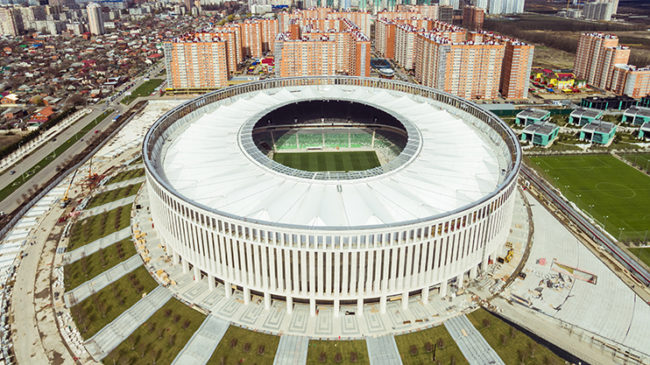 Inspired by the Colloseum in Rome, Russian side FC Krasnodar have recently completed the process of building themselves a flashy new stadium.

The ground has already staged its first match (Russia’s recent friendly against Costa Rica) though strangely it won’t be utilised at the upcoming 2018 World Cup.

Indeed, Krasnodar was not selected as a host city due to their exquisite new 33,000-seater stadium being 2,000 seats short of FIFA’s required minimum capacity.

That said, it does have a truly magnificent 360° video wall that the club are only too keen to show off…

Come on chaps, surely it’s not too big an ask to squeeze another 2,000 seats in there.

After all, what’s a World Cup without a massive circular LED screen to light up the whole place?