We do love the sight of a goalkeeper making a desperate surge into the opposition box in search of a late goal.

During Guyana’s recent tie with neighbours Suriname, Barnet youngster Kai McKenzie-Lyle did just that and even managed to score in the process. 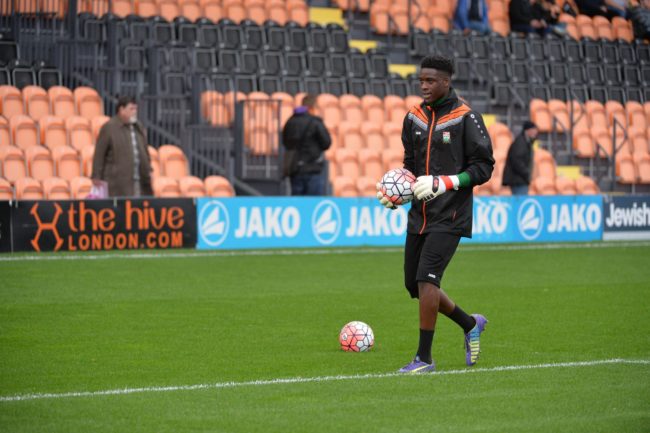 The 18-year Barnet development squad ‘keeper was making his debut for Guyana in their 2017 Gold Cup qualifier away to Suriname.

Trailing 3-1 as the game moved into the final minutes of extra-time, McKenzie-Lyle chanced his arm by ambling forward ahead of a free-kick.

And what do you know, the lanky ‘keeper looped a scruffy header into the back of the Surinamese net…

On marking his international debut with a goal, the Haringey-born McKenzie-Lyle said:

When I first ran up for the free kick I noticed I was maybe a foot taller than all of the other players.

The guy who took the free-kick told me he would aim for me and I said I would get my head on it. I did that and it went over the keeper and bounced in!

It took a couple of seconds to realise I had scored but my immediate thought was I had to spin back and get back in goal to start again and look for the equaliser.

Alas for the Golden Jaguars, the game would end in a 3-2 defeat – which is hardly fair.

After all, a goal from a ‘keeper should really be worth double!