Huddersfield missed the chance to go back to the top of the Championship on Sunday, losing 1-0 at home to Sheffield Wednesday. The Owls worked hard throughout the game, with Ross Wallace even nicking a sheet of paper containing the Owls’ tactics at one point.

The incident involving Scottish winger Wallace occured when Huddersfield defender passed on a sheet of instructions from the bench to fellow German Elias Kachunga.

While the striker was reading the tactical notes, Wallace cheekily pinched them with a smile before his opponent snatched them back…

Ingolstadt loanee Kachunga didn’t look too amused, did he! 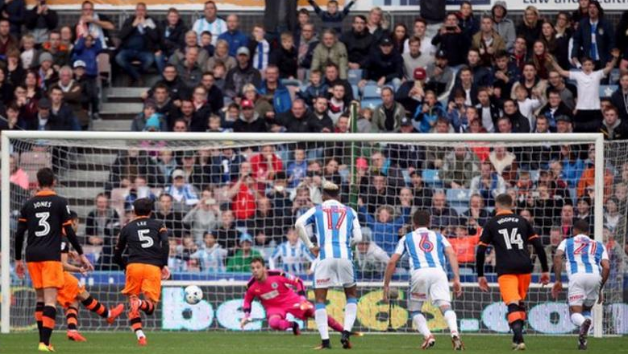 Huddersfield stay third in the Championship table while Wednesday move up to seventh.