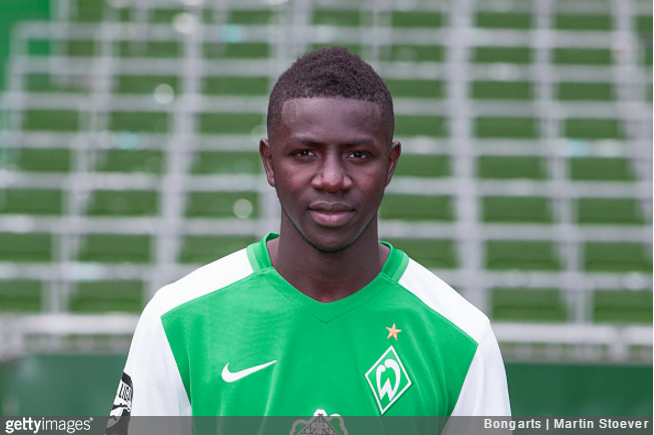 Ousman Manneh on his arrival at Werder Bremen, 2015

There were cockle-warming scenes in Germany over the weekend as Werder Bremen beat Bayer Leverkusen at the Weserstadion on Saturday afternoon.

You see, one of Bremen’s goalscorers was young Ousman Manneh, a 19-year-old striker from Gambia, a tiny and poverty-stricken nation on the western coast of Africa that has been ruled by an erratic dictator who has been in place since Manneh was born.

Manneh spent the first 17 years of his life in Gambia before realising that the only way his footballing potential could be realised was by leaving his family behind and taking the long haul to Europe.

As such, he eventually made it to Germany using what is known in Gambia as “the back way” – a dangerous, often deadly migrant route through the Western Sahara, Senegal, Libya and, penultimately, Italy.

After months in transit, Manneh finally ended up in a German refugee centre with 19 other unaccompanied teenagers from the Middle East and Africa.

From there he earned a trial with the youth team of German fifth-tier club Blumenthaler, based in Bremen, for whom he scored 15 goals in 11 appearances in 2014.

He soon caught the eye of Werder scouts, who signed him for their reserve string in March of 2015.

Four appearances for the first team on down the line, Manneh’s big moment finally came in the 59th minute against Leverkusen…

I can’t believe this. Is this real or am I dreaming? This is the greatest moment of my life.

What a man. What a story. It goes without saying that we can hardly even begin to comprehend the series of events that led him to that moment.

Here’s wishing him much more of the same in the years to come.