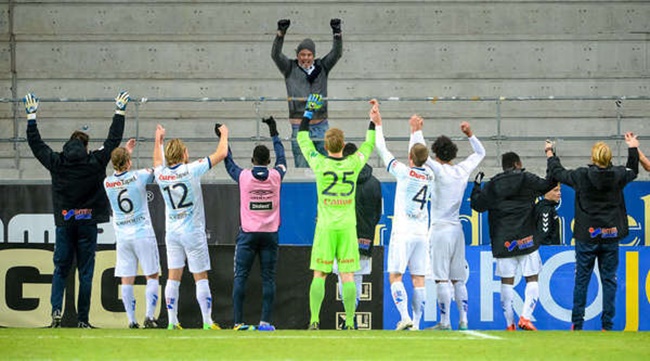 There were touching scenes after Gefle IF’s win over Kalmar FC in the Allsvenskan in midweek when the players made sure to celebrate their victory with the most important man in the stadium.

Second-bottom of the league going into the game, Gefle held out for an important 1-0 win – after which the entire team made sure to share the moment with the one and only fan to have braved the cold and made the 700-mile round trip to watch his beloved side in action…

Gefle IF celebrate a 1-0 win at Kalmar with their ONLY fan who made the 700 mile round-trip in Sweden.

Shades of Udinese playing Sampdoria in front of a one-strong travelling contingent in 2012. He was even given free coffee for his troubles.