However, rather than ending their title-winning season on a high, Guarani were beaten 3-0, after defender Antonio Ferreira went ballistic over picking up a red card. 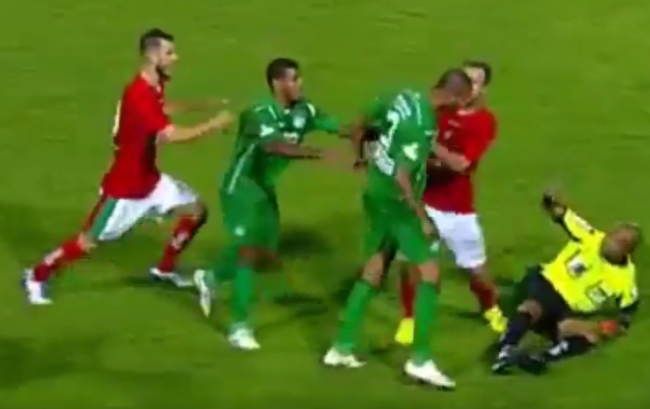 Early on in the second-half, Ferriera was adjudged by the referee to have elbowed his opponent, leading to the brandishing of a red card.

However, rather than accept the decision, the player lost his head and shoved over the referee before wrestling one his team-mates to the ground…

A rather touching tribute to Paulo Di Canio, we reckon!