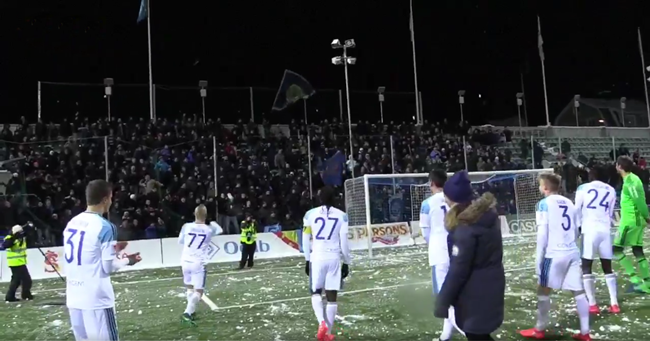 Over the weekend, Swedish side Djurgarden finished off their Allsvenskan league campaign with a 240-mile trip north to frost-bitten Sundsvall.

Despite having almost nothing to play for, the visitors managed to pull off a thumping 5-2 victory to cement their place in mid-table and decided to celebrate accordingly.

After the final whistle, the players engaged in a mass snowball battle with their travelling band of fans…