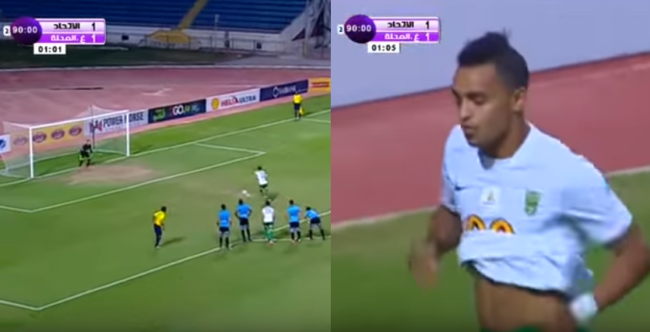 In which, while playing for Al Ittihad Alexandria in the Egyptian Premier League, one striker by the name of Youssef ‘Obama’ Ibrahim misses a penalty in the latter stages of a match and is so overcome by despair that he just flees the scene entirely.

In fact, after seeing his spot-kick repelled, Obama just keeps on running, past the goal, along the advertising hoardings, down the steps to the tunnel and right back to the dressing room.

Meanwhile, his poor coach was forced to rustle up an impromptu substitute…

Legend has it he’s still running to this day.