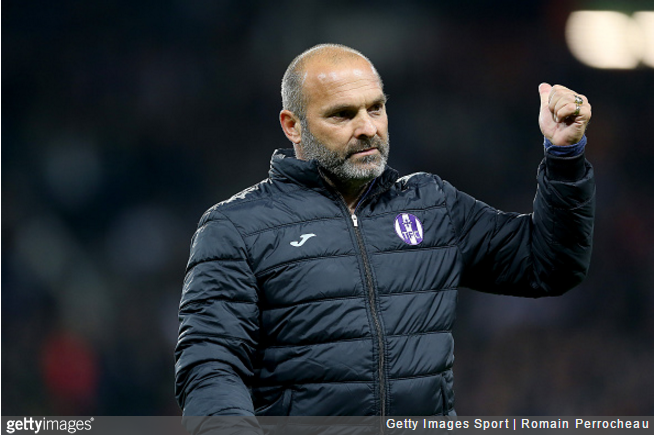 Given his reaction you’d be forgiven for thinking that Toulouse coach Pascal Dupraz had cheated death during Friday night’s Ligue 1 tie with Rennes.

While stood in his technical area, a paper plane was thrown down from the crowd only to land perilously close to Dupraz – with the sonic boom created by the jet’s crash-landing causing him to spiral into delerium.

Alas, it was all too much for Dupraz, who spent the next few minutes in a state of shock…

Thankfully, after being rigorously checked over, Pascal was able to make a full recovery – though he really should count himself lucky.

After all, he was *this* close to winding up as just another paper plane statistic.