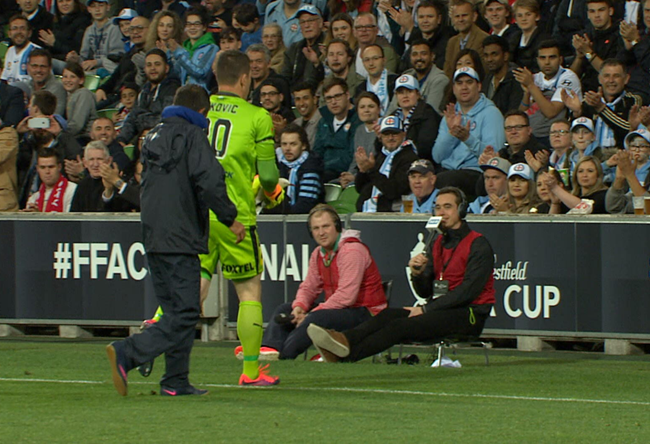 Tim Cahill scored the only goal of the game as Melbourne City beat Sydney FC 1-0 to win the FFA Cup Final, the Aussie equivalent of the FA Cup, on Thursday night.

However, the real action came in the second half when Sydney goalkeeper Danny Vukovic was forced to save the only gull of the game (geddit?) when the feathery interloper was hit by the ball and left stranded in the middle of the pitch…

Thankfully, the Herald Sun were able to ply us all with good news re: the injured winger:

Nursed in the arms of a Sydney FC official the bird eventually came to, enjoying the remainder of the match from the Sky Blues bench.