The Ligue 1 clash between Metz and Lyon was abandoned on Saturday, after firecrackers were thrown at ‘keeper Anthony Lopes. 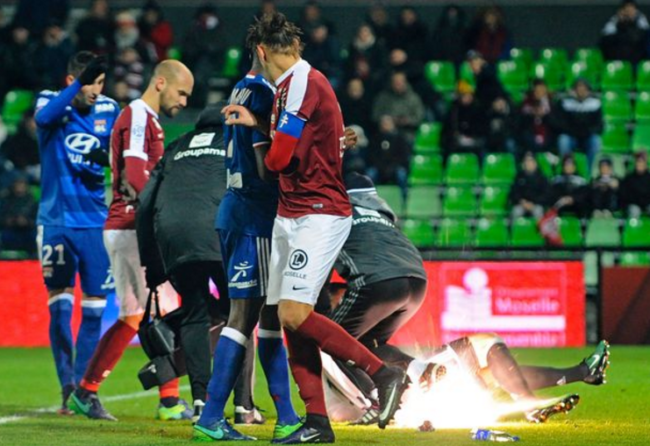 The incident occurred after home side Metz had taken the lead just before the half-hour mark. A firecracker was lobbed from the stands and then, as Lopes was receiving treatment, another was thrown which exploded next to the goalkeeper…

Following the rather dramatic incident, the game was stopped for 45 minutes before ultimately being abandoned by the officials.

The 26-year-old Lopes was taken to hospital but despite suffering from temporary hearing loss, he is expected to make a full recovery.

As for Metz, they are sure to receive at least a hefty fine from the French footballing authorities in light of the whole debacle.