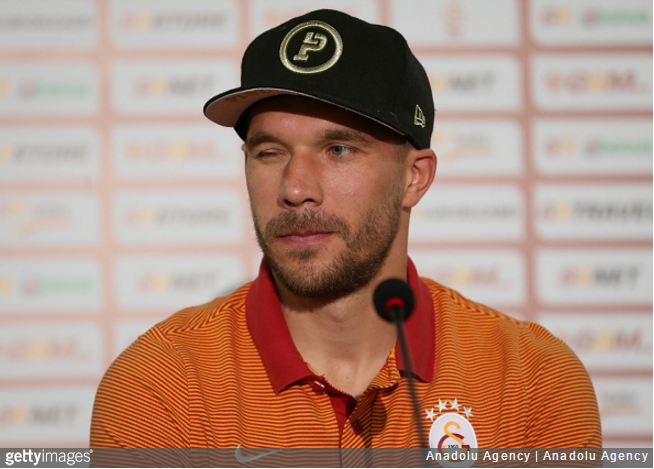 “He’s got vomit on his sweater already, Mom’s blutwurststrudel…”

As unlikely as it may seem, Lukas Podolski is currently at No.1 in the German urban chart after his single, ‘Liebe deine Stadt’ (‘Love Your City’) went straight to the top of the pile this week.

The rap ballad, produced in collaboration with Mo-Torres and Cat Ballou, is the most downloaded song in Germany, and also already has well over 695,000 views on Youtube.

Speaking via Instagram, Podolski thanked his fans for their overwhelming support:

It is unbelievable what happened the last few days. I would like to thank you for the support of our song ‘Liebe deine Stadt’.

I have not expected the success so far! I love my city and the streets of Cologne!