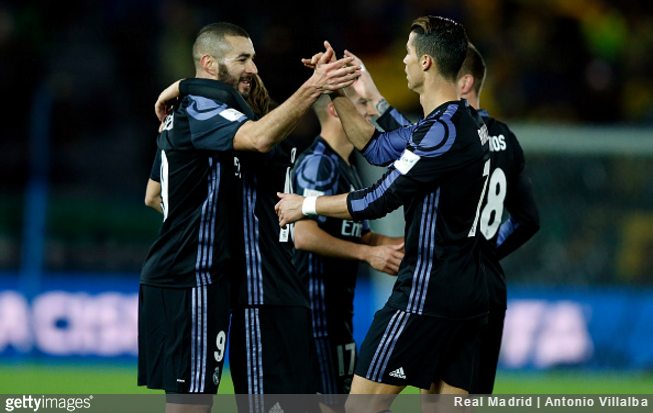 Real Madrid eased into the final of the Club World Cup with a straightforward 2-0 win over Club America in the semis on Thursday evening.

However, Ronaldo’s goal did come served with a side salad of administrative confusion (thanks to the video replay technology being trialled) when the referee decided to ‘go upstairs’ to check a potential offside call in the build-up…

Indeed, Ronaldo could then be seen/heard mouthing “the television didn’t work, eh?” after the official finally saw fit to award the perfectly legitimate goal.

There were baffling scenes after the final whistle too, when Luka Modric was awarded one of the strangest Man of the Match awards we’ve seen in while – a giant golden cardboard key…

The look on the poor little sod’s face just about sums up that nonsense – “How’s this going to fit on the mantelpiece?”.

Real will now face reigning J-League champions Kashima Antlers in the final of the FIFA Club World Cup Japan 2016 presented by Alibaba YunOS Auto (to give the illustrious tourney it’s full name) in Yokohama on Sunday.