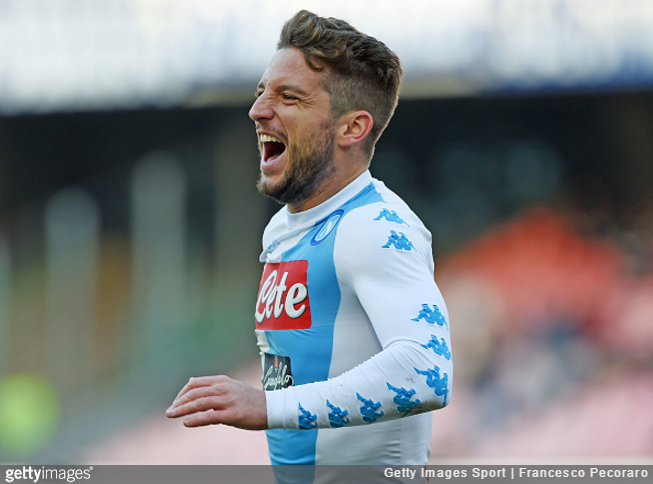 By scoring in the 13th, 18th and 22nd minute of Napoli’s match against Torino on Sunday, Dries Mertens became the first player to score back-to-back hat-tricks in the Italian top flight for over 40 years.

Having scored a treble in last weekend’s 5-0 trouncing of Cagliari, Mertens followed up by sticking another three past Joe Hart to put Napoli 3-0 up over Torino at half-time.

Ergo, the Belgian forward becomes the first man to achieve the feat of consecutive hat-tricks in consecutive Serie A games since Juventus’ goal-poacher extraordinaire Pietro Anastasi managed it in May of 1974 (42 years ago).

No wonder he looks chuffed with himself!