One imagines that poor old Christian Fuchs has found his surname name on the wrong end of some infantile guffawing over the years.

At the Riverside Stadium on Monday, one moustachioed fan seem to realise for the first time that Mr. Fuchs’ name was somewhat humorous. 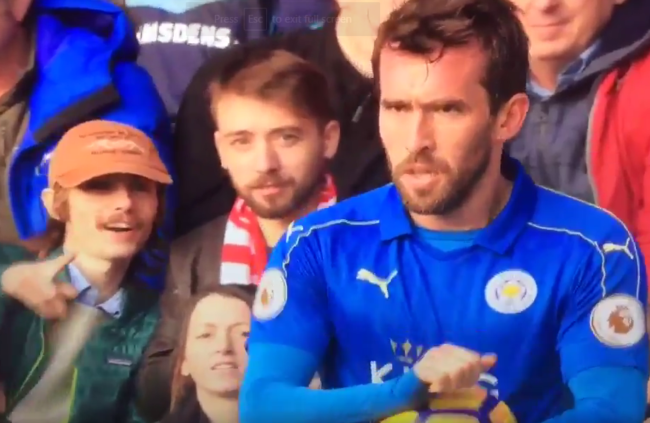 The grinning fan, who looked like an extra from Deliverance, noticed Fuchs when the Leicester defender was taking a throw-in, and the fan couldn’t hide his excitement at his discovery…

When you see Christian Fuchs name for the first time…pic.twitter.com/AuqlXS0xqR

Surely he heard of Fuchs before that match? At least he’s happy, I suppose!