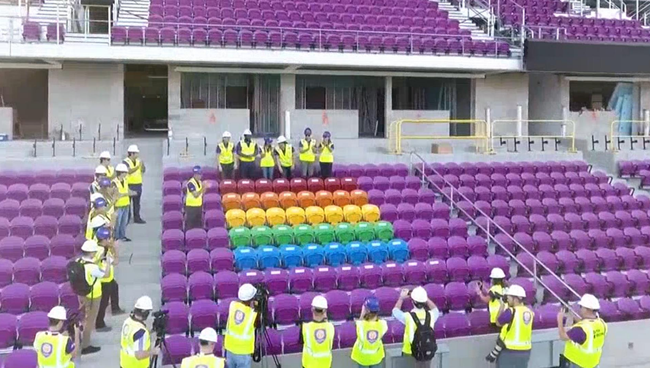 Orlando City have unveiled a lovely tribute to the 49 people who were killed at the Pulse nightclub in Miami last year.

The mass shooting was and is the deadliest incident of violence against LGBT people in US history.

In honour of those who died, the MLS club have installed 49 seats in the colours of the pride flag at their stadium in Florida, each adorned with a memorial plaque.

The seats will be used for the first time when Orlando kick off the new campaign against New York City FC on March 5th.