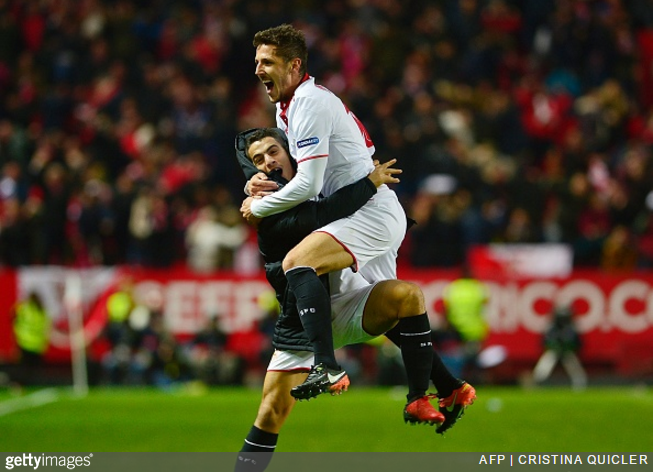 Despite only joining the club on loan a few days ago, Stevan Jovetic has wasted little time winning Sevilla fans over with two goals in two games, and both against Real Madrid.

Jovetic came off the bench at half-time to score on his debut against Madrid in Thursday’s 3-3 draw, then followed up with the winning goal in Sunday evening’s equally dramatic league encounter at the Sanchez Pizjuan.

Sevilla were 1-0 down and trailing to a single Cristiano Ronaldo penalty when Jovetic entered the fray with 20 minutes left, before an own-goal from Rojiblancos old boy Sergio Ramos restored the parity.

And just when it looked like Madrid’s record-breaking unbeaten streak was about to extend to a 41st match, Jovetic popped up in injury time to steal the win with a lovely strike from the edge of the area…

Two games in and Jovetic is already a folk hero. Not a bad start to life in Andalusia.