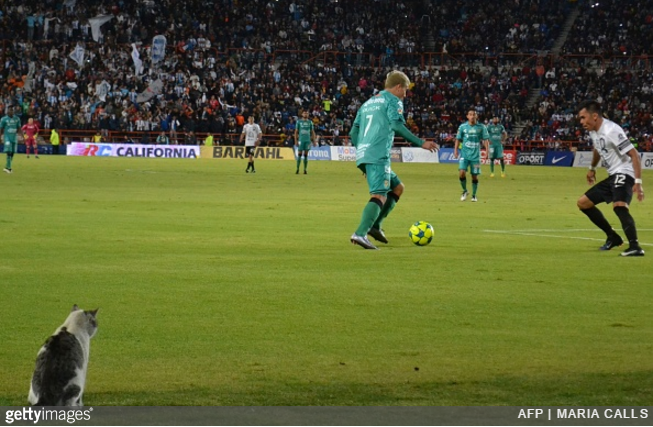 In unprecedented scenes, Sunday’s Liga MX game between Pachuca and Chiapas was interrupted by not one, but two animal interlopers.

It all began just after the hour mark when a playful canine came bounding onto the pitch to say hello to everybody before being led back from whence he came by the stewards.

Then, in the 85th minute, the referee was once again forced to suspend the action when he noticed that El Perro’s feline accomplice, El Gato, had taken up a position over near the corner flag to watch the last few minutes of the match.

The adorable invasions can both be seen on this here highlights reel (skip to 1:01 for the dog and 3:47 for the cat)…

After being escorted from the pitch, El Perro posted a Twitter update after the final whistle, showing that he’d made it inside the Pachuca dressing room…

What became of El Gato? We guess we’ll never know unless the burgers at Estadio Hidalgo are notably cheaper next week.