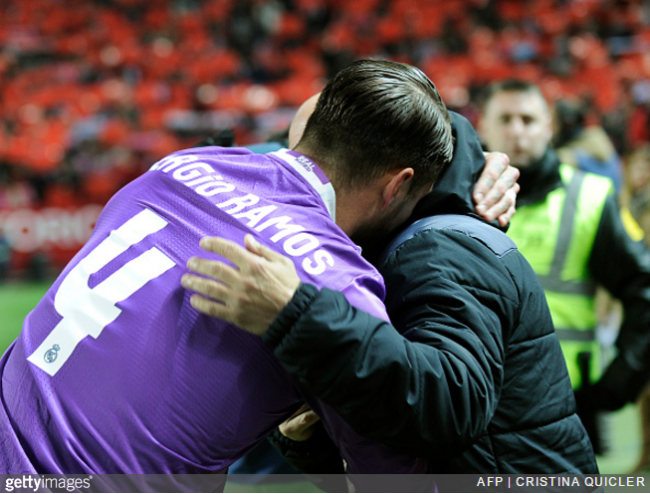 In his role as captain, Sergio Ramos remained magnanimous in defeat after Sevilla boshed Real Madrid in the final minute of Sunday’s La Liga dust-up between the two sides.

Immediately after the final whistle, Ramos scuttled over to the home dugout, embraced Jorge Sampaoli and took the time to compliment the Rojiblancos coach on his testicles…

Ramos to Sampaoli after the loss to Sevilla: “Long live those who have balls, you’re one of them.”
Love the respect. pic.twitter.com/cvTNBX4tQC

Excuse our rudimentary Spanish, but Ramos said something to the effect of: “Hurrah for people with balls, and you’re one of them.”

Apparently, Ramos’ comments came after Sampaoli stuck up for the former Sevilla man in a press conference before the game.

However, given the Argentinian’s reaction, there may well be a more literal explanation… 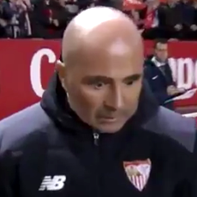 “How the hell does Sergio know about my magnificently shapely balls?”