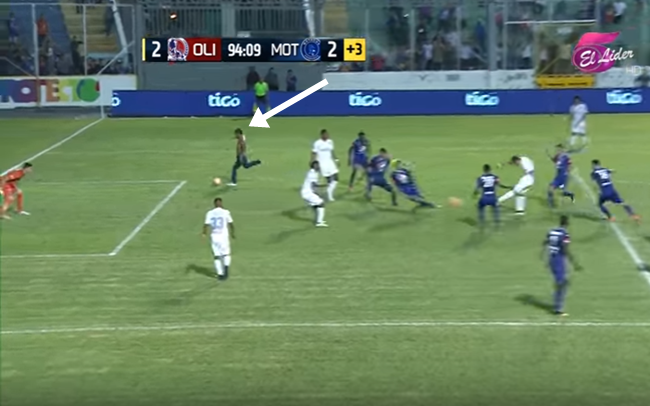 Sunday evening’s Honduran Liga Nacional clash between Olimpia and Motagua ended amid baffling scenes when a pitch invader popped up to score an injury-time equaliser.

Trailing 2-1 as the final whistle loomed, Olimpia were able to force a dramatic equaliser in the 93rd minute – but only as the encroaching (and shirtless) fan finished off his own flowing move past the Motagua ‘keeper…

Amazingly enough, the actual Olimpia goal, scored by Roger Rojas, was allowed to stand thus ensuring the match ended in a 2-2 draw.