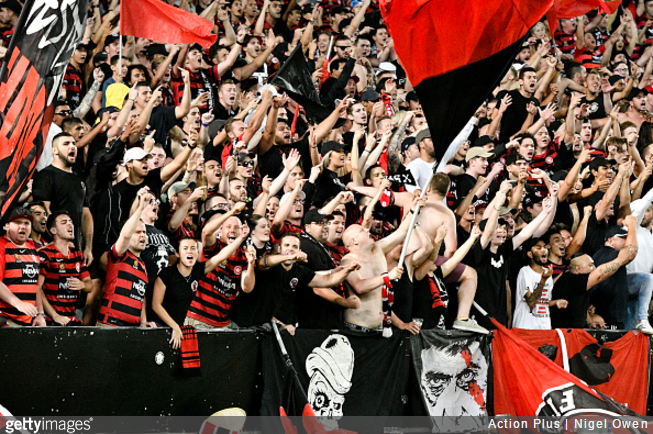 Western Sydney Wanderers have issued banning orders to several members of their most prominent supporters’ group after an offensive banner was unfurled during last week’s feisty derby encounter against Sydney FC.

In fact, Wanderers confirmed that 14 members of their Red and Black Bloc (RBB) fan group have been given 18-month stadium bans for their parts in organising and performing the mini-tifo in question.

Describing it as delicately as possible, the banner depicted Sydney FC manager Graham Arnol ‘accepting a disembodied gentleman’s member into his mouth’…

According to the Sydney Morning Herald, several of the banned fans are part of the RBB’s “core leadership” and while Football Federation Australia were pleased to see Wanderers take such firm action, they remain a little displeased that it took four days for the club to condemn the behaviour.

As such, Wanderers are likely to face sanctions themselves in the next few days.