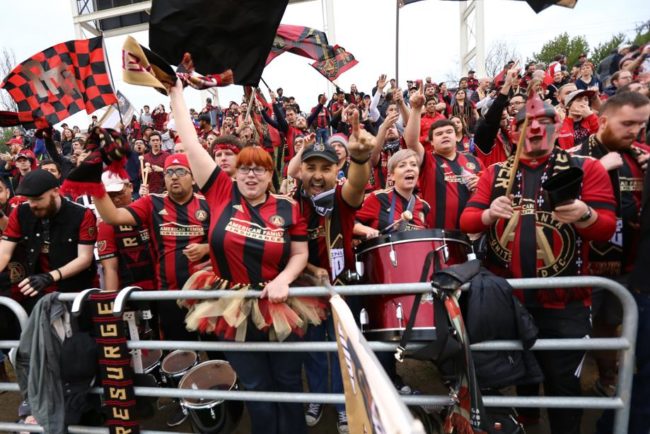 Atlanta United, and specifically their rowdy fans, are already fostering themselves one holy hell of a reputation ahead of their MLS debut next month.

During what we assume was Saturday’s pre-season trip to play Charlestown Battery, the Atlanta ultras formed a fearsome raiding party, leaving the home fans quaking with a barrage of blood-curdling war cries.

Altogether now: “This is Atlanta… Prepare to watch your mouth…”

We try not to snigger at American fans who are obviously new to proper football – they are trying, after all – but they just make it so damn easy.