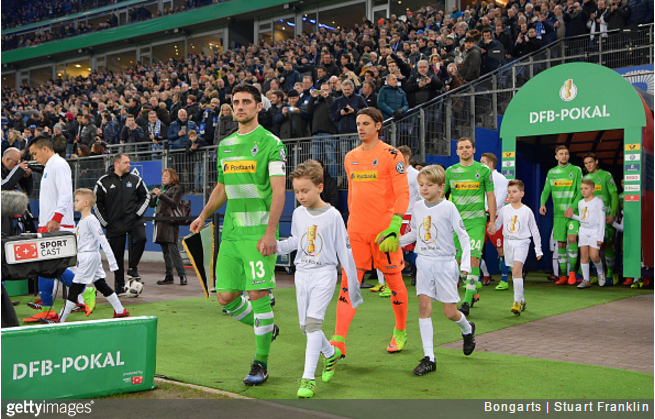 Thousands of hearts were shattered in the lead-up to last night’s DFB Pokal game between Borussia Monchengladbach and Hamburg when a young mascot was left hanging for all to see.

Gladbach captain Lars Stindl was the guilty party, shaking hands with the match officials before cruelly snubbing the extended arm of one of the young player escorts stood between them.

The highlight of #HSVBMG so far – that poor kid 😰
We’ll give you a handshake at least! 🤝

Look at his little face! As if the hat wasn’t punishment enough.

Not wishing to go down as history’s greatest monster, Stindl apologised to the mascot after the match, insisting that he missed the handshake because he was “nervous”…

Just to top it off, the Gladbach skipper also promised to send the youngster a personalised shirt as a token of his remorse…

Lars certainly didn’t mean to ignore him! This @stindl28 kit is on its way to that youngster to help make up for it 👍 #HSVBMG pic.twitter.com/HTUHxJ1H7x