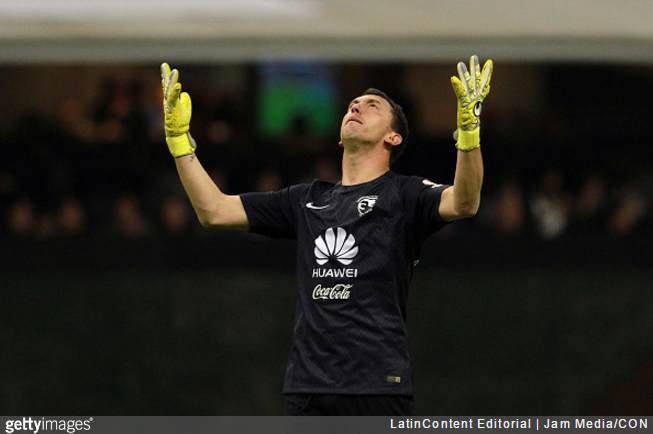 Rather optimistically, Marchesin went on record as saying he hoped for a warm reception when he returned to Santos Laguna with America for Thursday’s Copa MX fixture between the two sides.

I went through two years, two championships [with Santos]. The fans know that while I was there, I wanted the shirt, I loved it, I gave everything I had for it.

We can’t fault him there, having even played as an emergency striker for Santos after injuring his hand during a league match back in August.

However, with the wound still raw, Marchesin was inevitably subjected to nothing but hostility for his act of footballing treachery.

Indeed, the Santos fans even showered their former player with fake bank notes as he made his way off at half-time…

The message, while not remotely subtle, was most definitely received.

However, the coup de grace was yet to come, with Santos snaffling a dramatic 2-1 win in the 94th minute, just four minutes after America had managed to pull themselves level.